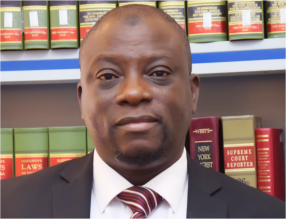 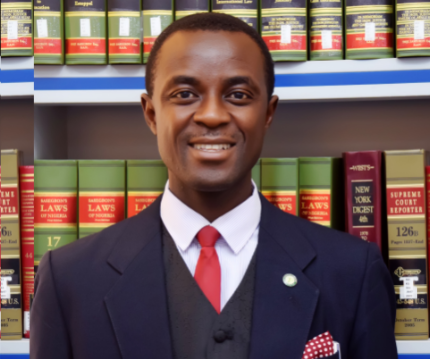 DR. OLUJOBI, OLUSOLA JOSHUA obtained his LL.B (Hons.) Degree from the prestigious University of Ado-Ekiti in the year 2005 and BL from the Nigerian Law School, and he was subsequently called to the Nigerian Bar in 2007 as a Solicitor and Advocate of the Supreme Court of Nigeria. He had his Master Degree in Laws (LL.M) at the prominent University of Lagos in 2012 and his Doctor of Philosophy (Ph.D) Degree in Jurisprudence and International Law in the Faculty of Law, University of Lagos. He is an international Legal Consultant and a Senior Lecturer at the Faculty of Law, Elizade University, Ilara-Mokin, Ondo State, Nigeria. His experience is multi-disciplinary and spans the legal, regulatory, commercial and contractual arena. This expertise covers oil and gas fields, renewable energy, power, mining, water electricity, arbitration, and international trade. He was appointed as a Notary Public of the Federal Republic of Nigeria in 2014. He is the principal partner in Olujobi Olusola & Co.,Lagos. His experience spans the legal, regulatory, commercial and contractual arena. Dr. Olujobi has published widely in reputable international and local journals. He is particularly passionate about democratisation and governance issues in Nigeria and Africa. He is a specialist on recovery and repatriation of assets derived from grand corruption before legitimate owners. His research interests cut across public and private law. He was at the various times a legal officer, Counsel and law lecturer in leading oil companies, law firms and University in Nigeria including Oando PLC, Bonajo Badejo & Co (SAN) Covenant University among others before joining the faculty of Law, Elizade University. Olusola Joshua Olujobi can be contacted at: olusola.olujobi@elizadeuniversity.edu.ng and joshuadlaw@yahoo.co.uk 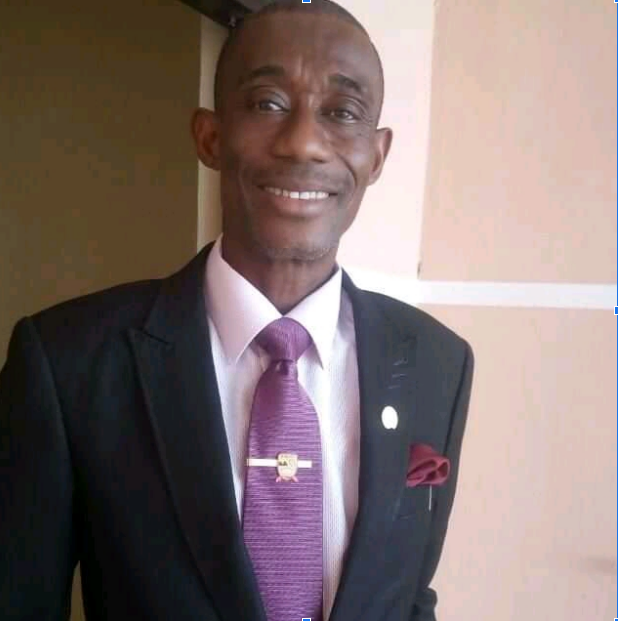 Dr. Enobong Mbang AKPAMBANG holds a Doctor of Philosophy in Law (Ph.D.) from the Ekiti State University, Ado-Ekiti, Nigeria. He obtained his Master of Laws Degree (LL.M) from the prestigious Obafemi Awolowo University, Ile-Ife, Osun State, Nigeria in 2001 and his Bachelor of Laws Degree (LL.B) (Hons.) from the University of Uyo, Akwa Ibom State in 1992. He attended the Nigerian Law School, Lagos and was called to the Bar in December 1993. He is a Barrister and Solicitor of the Supreme Court of Nigeria.

Dr. Akpambang started his academic career at the University of Ado-Ekiti (now Ekiti State University), Ado Ekiti, Nigeria in 2002. In the course of his university career, he has been saddled with administrative responsibilities such as, but not limited to, holding the position of Acting Head, Department of Private & Property Law and Acting Head, Department of Public Law as well as membership of various university Committees and Boards. He teaches and supervises students both at the undergraduate and postgraduate levels. He is currently on a sabbatical leave at the Elizade University, Ilara Mokin, Ondo State Nigeria. 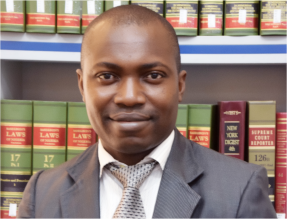 Dr J. I. Aremo was one of the pioneering Law Students of Adekunle Ajasin University, AkungbaAkoko, Ondo State and the overall best graduating Law Student in 2005. Upon completing his LL.B programme, he attended the Nigerian Law School's Lagos campus and was called to the Nigerian Bar in 2006. After the mandatory NYSC programme in Katsina State, 2007, he started his professional career in Equity and Trust Chambers, Lagos State. After that, he had his Master of Laws (LL.M) from the University of Lagos and further enrolled in the prestigious Obafemi Awolowo University, Ile- Ife, for his Master of Philosophy (M.Phil) in Law. Upon completing the M.Phil programme, he enrolled for his Ph.D in Law and graduated in 2019.

In 2014, Dr. J. I. Aremo took up a teaching appointment with the Federal University of Technology, Akure and was later appointed by Ondo State Government as a Commissioner, Ondo State Law Review Commission four-year tenure. He later moved to Joseph Ayo Babalola University, Ikeji, Osun State as a Lecturer in the College of Law. Besides, he is an adjunct Lecturer with the Federal University of Oye, Ekiti State. Currently, he is a Senior Lecturer and the Ag. Head, Department of Public and International Law, Elizade University, Ilara-Mokin. His teaching areas include Land Law, Constitutional Law, Jurisprudence, Law of Taxation, Human Rights and Labour Law.

He has to his credit over twenty publications, both chapter contribution in books and journal articles spanning wide areas of law in local and foreign publications. Besides, he has attended several workshops and also presented papers on contemporary legal issues. Dr. Aremo is a Principal Partner in J.T. Aremo& Co, a firm of Legal Practitioners in Akure, Ondo State.

Prof. Funminiyi Abiodun Raheem Adeleke, also known as F.A.R Adeleke, attended Obafemi Awolowo University Ile Ife, where he bagged his LL.B Hons degree in law. He had his LLM (Masters of Law at the University of Lagos Akoka. He was called to the bar and started his professional/academic career by joining the Department of Public Law, Lagos State University, in 1999. He combined academic with legal practice in Lagos, thereby contributing to the legal profession's development in his own right. He travelled to South Africa, where he studied for his doctoral law degree and returned to Nigeria with an LLD (Doctor of Laws) degree from the Nelson Mandela School of Law, University of Fort hare, East London, South Africa.

In his doctoral degree, he was engaged as a Tutor in some law courses that he taught along with some lecturers in the Nelson Mandela School of Law, South Africa. Prof Adeleke returned to Lagos State University, where he rose through the ranks till, he became a Professor in 2015. At Lagos State University, Prof Adeleke has taught many law courses, both compulsory and optional ones. These courses include Constitutional law, International Human Rights Law, Criminal Law, Administrative Law, Islamic Family Law, and Law of Evidence. He has undertaken these courses both at the undergraduate and postgraduate levels. He is especially skilled in taking specialised law courses like Ports Policy. He has held many administrative positions at various times within the university. Specifically, he was the Co-coordinator of the Diploma in Law programme between 2002 and 2004. He was also a Co-coordinator of the LL.B Evening Law programme between 2005 and 2007. He was made the Programme Officer and Co-coordinator for LLM General, Masters in Maritime Law and PGD Maritime Law, all in Lagos State University between 2011 and 2014. He also served as a member of several Faculty and University Committees.

He was nominated and served as one of the Academic Staff Union representatives in the University Senate for 2013 and 2014. He became the Managing Editor of the LASU LAW Journal 2012 – 2016. He was a Head of the Department of Public Law, Public and Private Law and Editor in Chief of Lasu Law Journal. He was elected as Dean of the Faculty of Law, Lagos State University Ojo, on February 1st, 2017. He served as a member of the Governing Council of the University for two years. He was re-elected as Dean of the Faculty for the second term, the position he held till he joined Elizade University Faculty of Law in late 2020.

Prof Adeleke is the first substantive Dean of Law at Elizade University, Ilara Mokin, Ondo State. Continuing on the platform and foundation already laid by respected colleagues and scholars, Dr. Omolade Olomola and Dr. Bernard Jemilohun, respectively, Prof Adeleke has brought his experience to bear concerning positioning the faculty to meet the standard expected of an ideal Law Faculty. Prof. Adeleke combines Legal academic with professional practice as well as religious activities. He runs a law firm in Lagos and serves as a consultant to few organisations. He has authored books and monographs and has also published articles in many reputable journals nationally and internationally. He is a seasoned researcher who has benefitted from a few local grants, including Tetfund. Prof Adeleke has served in many notable associations in the country, including being a member of the National Executive Committee of the Nigerian Bar Association. He was the former President of the Muslim Lawyers Association of Nigeria and a trustee member of many social and religious organisations. He also belongs to other professional associations like the Association of Democratic Lawyers, Nigerian Bar Association and National Association of Law Teachers.

This university's visitor and founder thought out an enduring and everlasting legacy to today's young ones who shall eventually be tomorrow's leaders by establishing this beautifully landscaped University with a well-developed foundation for academic excellence. Law programme features prominently among other faculties and colleges. The Faculty of Law, Elizade University, Ilara-Mokin, Ondo State places a high value on teaching and research, and these two are given prime priorities as reflected in the curriculum and entire package of the LL.B programme being offered by the faculty. We note that there is a paradigm shift in the practice of law to meet with the pace at which the global world is adapting to evolving changes in the socio-economic and political landscape, we are therefore committed to providing modern and contemporary legal education and research needed to succeed in the ever-developing world. We are poised to produce knowledgeable intellectuals and skilled professionals equipped to contribute to the national economic and social development in all ramifications where law knowledge will be required. Against the background that the knowledge of the law is relevant and needed in every segment of society, the faculty is set to establish a workable and beneficent relationship with the outside world both in academic and relevant industries. The faculty is also blessed with academic staff members and non-academic support staff who provide qualitative scholarship and moral rectitude to ensure that the students realise their lofty goals, dreams, and aspirations of becoming law experts in the diverse and multifaceted areas of law. The faculty's human efforts are uniquely complemented with the cultural hub, serenity and natural ambience, all of which guarantee a conducive environment for students to learn. Over 70 percent of the staff members are PhD holders in diverse areas of law and are graduates from reputable universities, both onshore and offshore. A modern separate law library infused with modern technological aid in teaching and research is being built in the faculty to serve law students exclusively. Our e-library is constantly alive with the internet to serve the students and staff researchers. The new library aims to drive the frontier of research and knowledge-based study to ensure academic growth and professional competence. In order to create an atmosphere of the diversity of perspectives to strengthen the intellectual enquiries of our students, we have carefully designed a town and wig programme where people who are experts in the legal profession both in academia and in litigation/industry are periodically invited to give stimulating talks and professional legal discourse on diverse areas of law. Why not join us to reach these desirable academic goal and professional accomplishments. EU Law Faculty promises the best legal education.

Prof. Funminiyi A. R. Adeleke Dean of the Faculty of Law 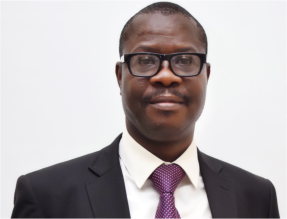 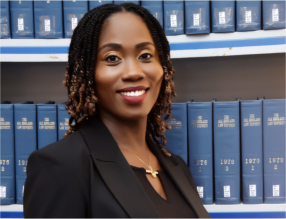 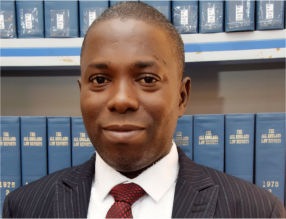 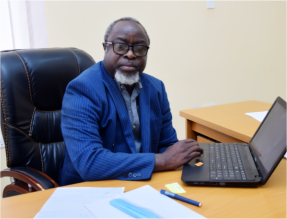 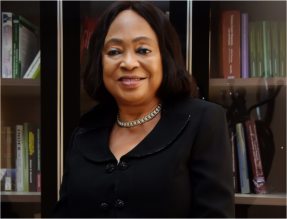 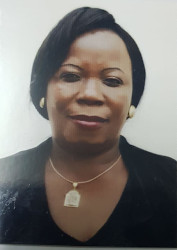 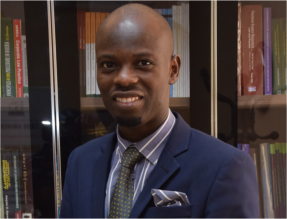 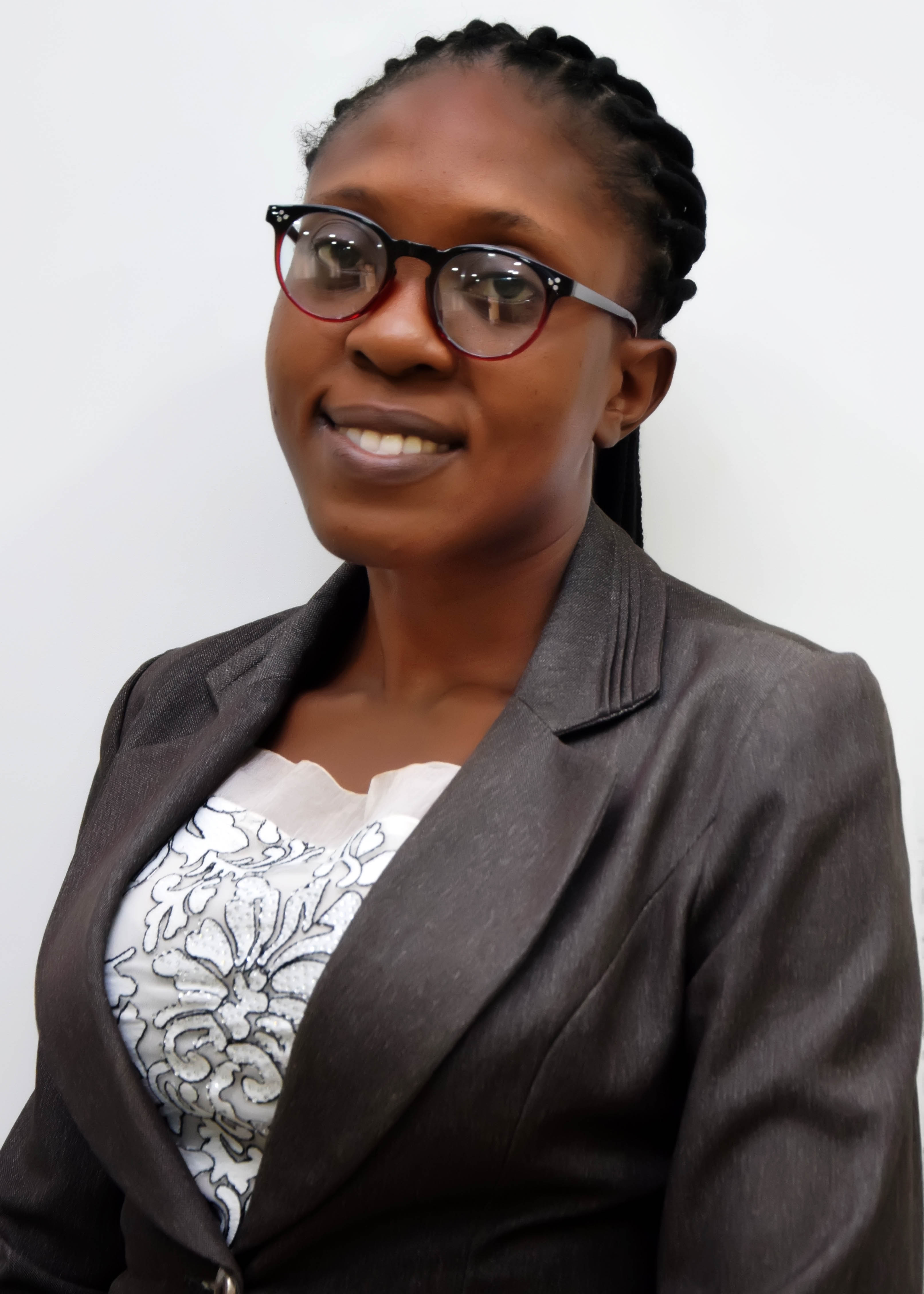 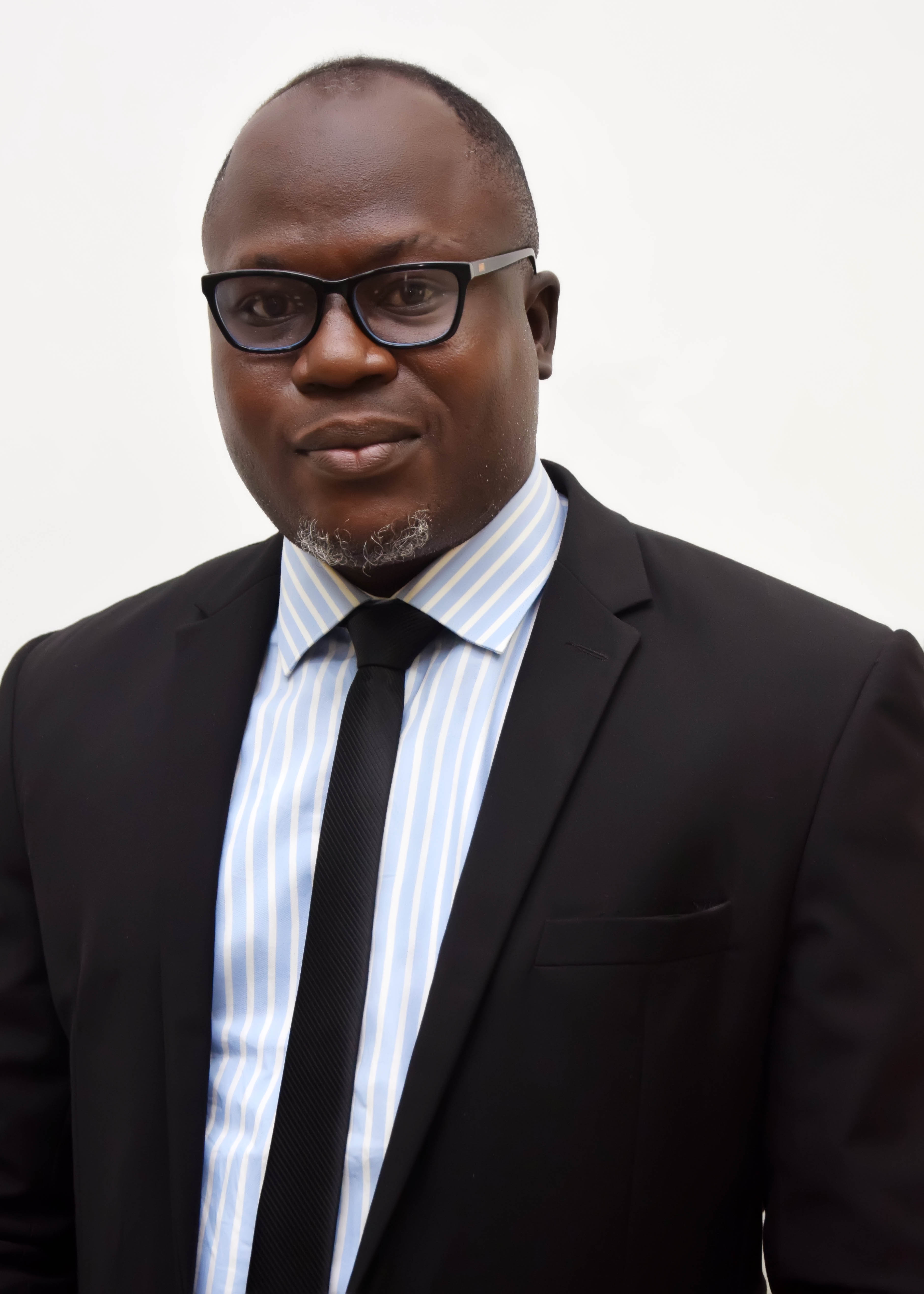 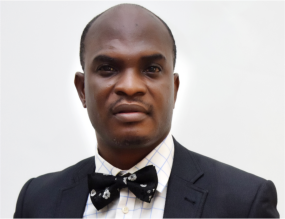 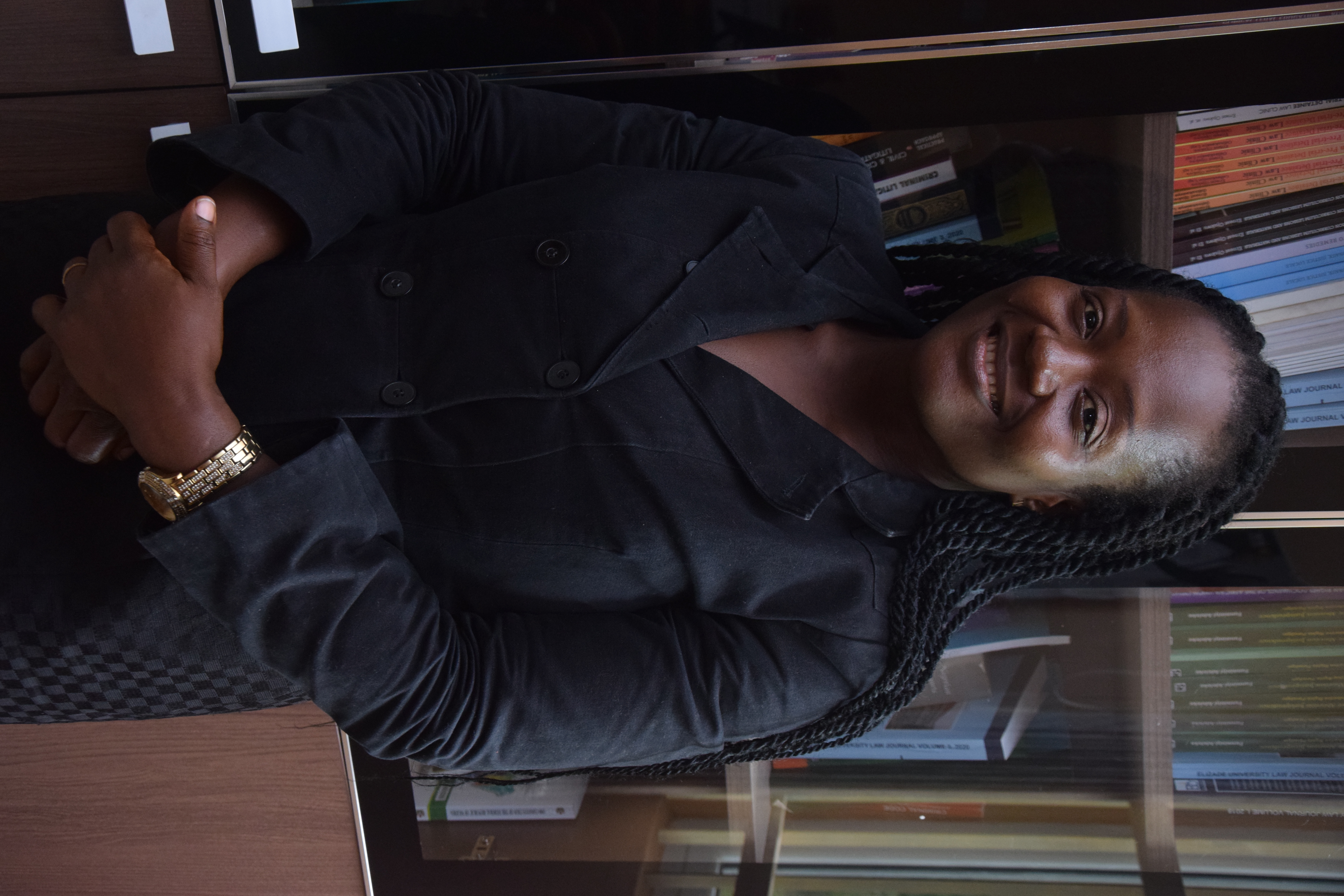 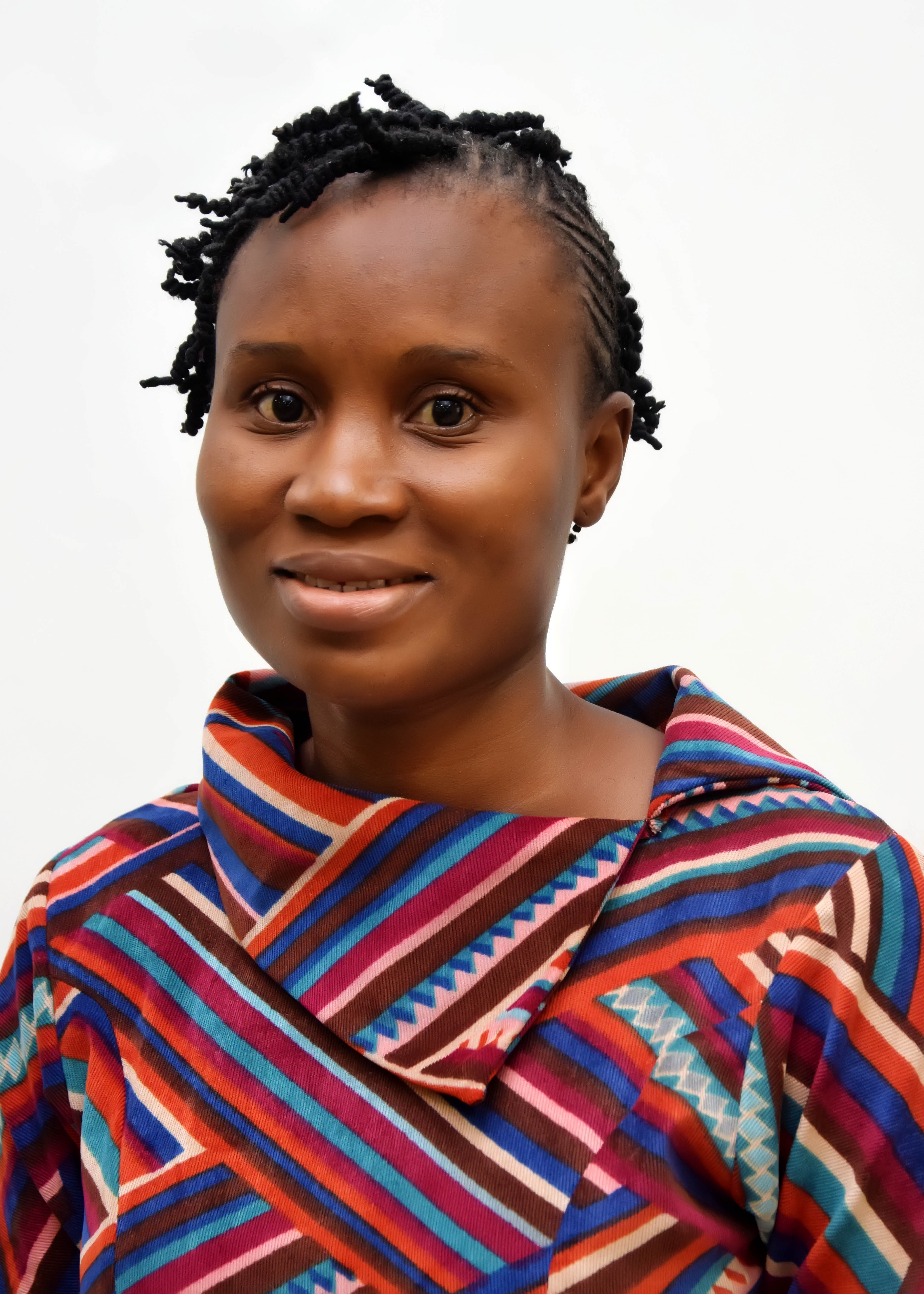 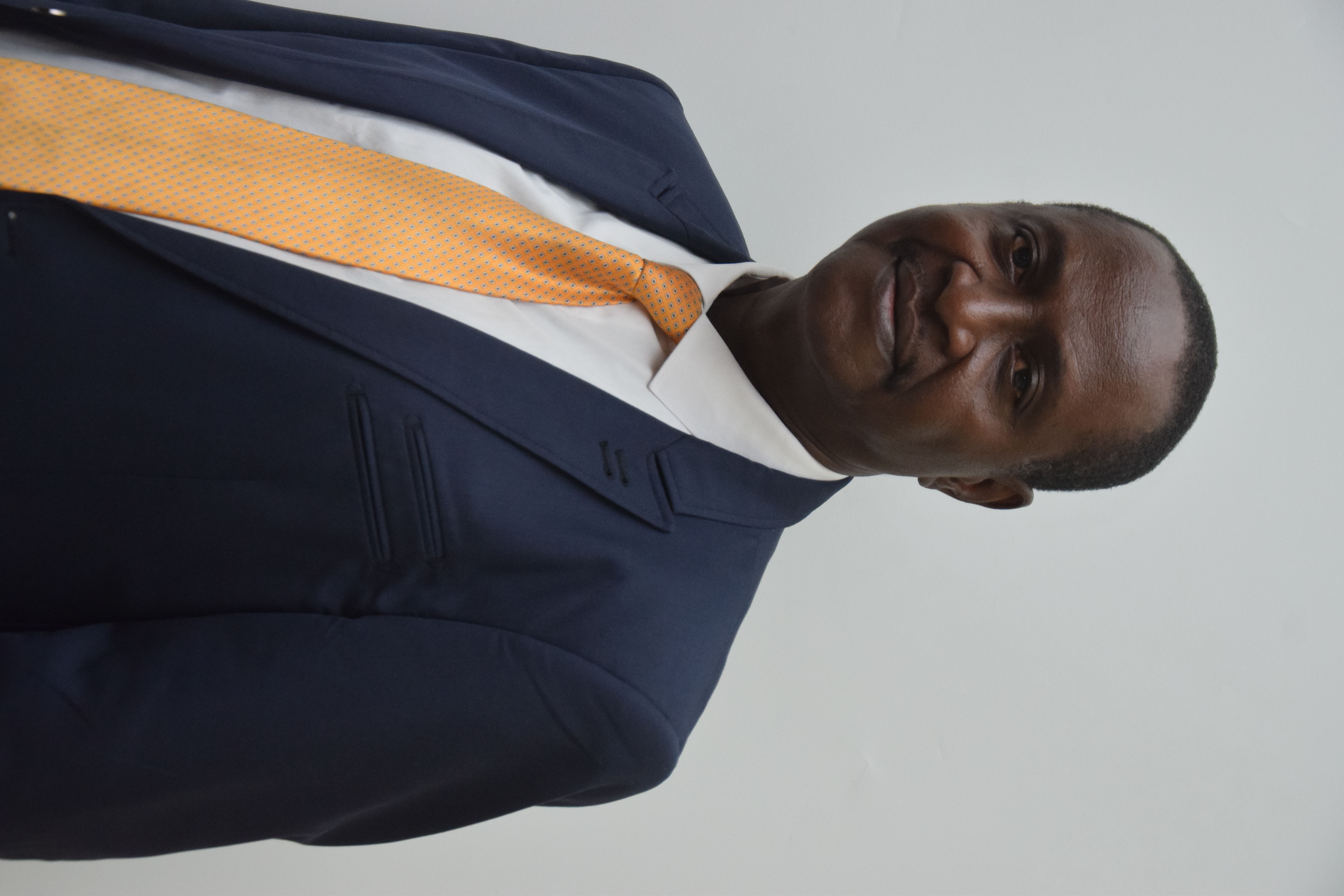 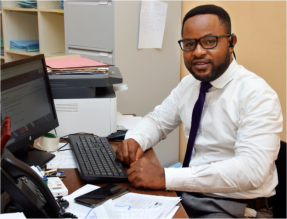 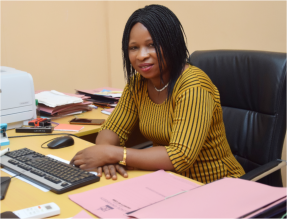 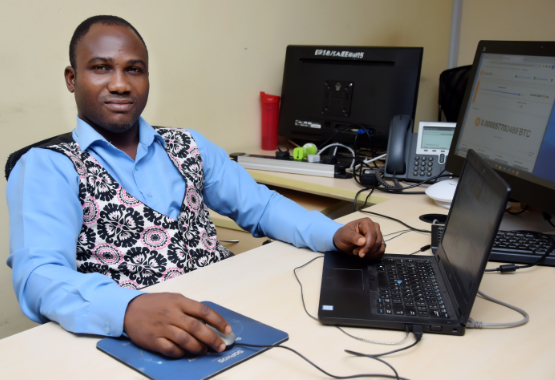 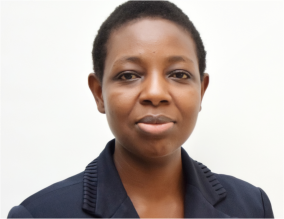 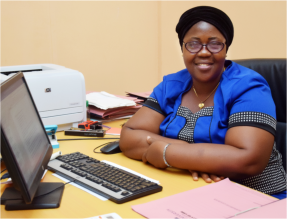 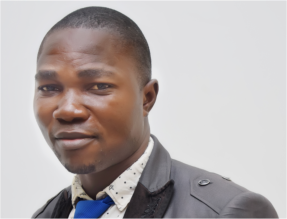